To see how many Unifallow Farms are required to any number of Townsfolk, a little timing and some light calculations are required - a fenced up farm and a timer will do the trick.

After about an hour I came up with this result. 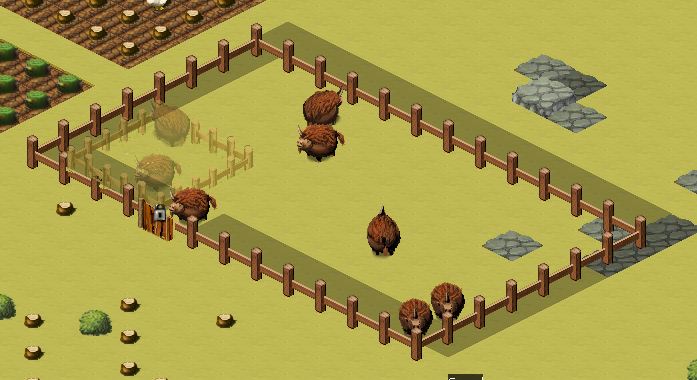 Picture showing the setup in all its simplicity

Table showing the results of the experiment[edit | edit source]

To put that into perspective here is what you need to know:

The following shows an example of a high and low persona

The following table has taken three persona's into account. Three, four and five minutes until hungry are listed.
- To read this table 100 Townsfolk with an average of 4 minute Turns to eat timer, would require about 122 Unifallow Farms.


Of course this will only produce raw steak which in turn requires cooking before consuming.